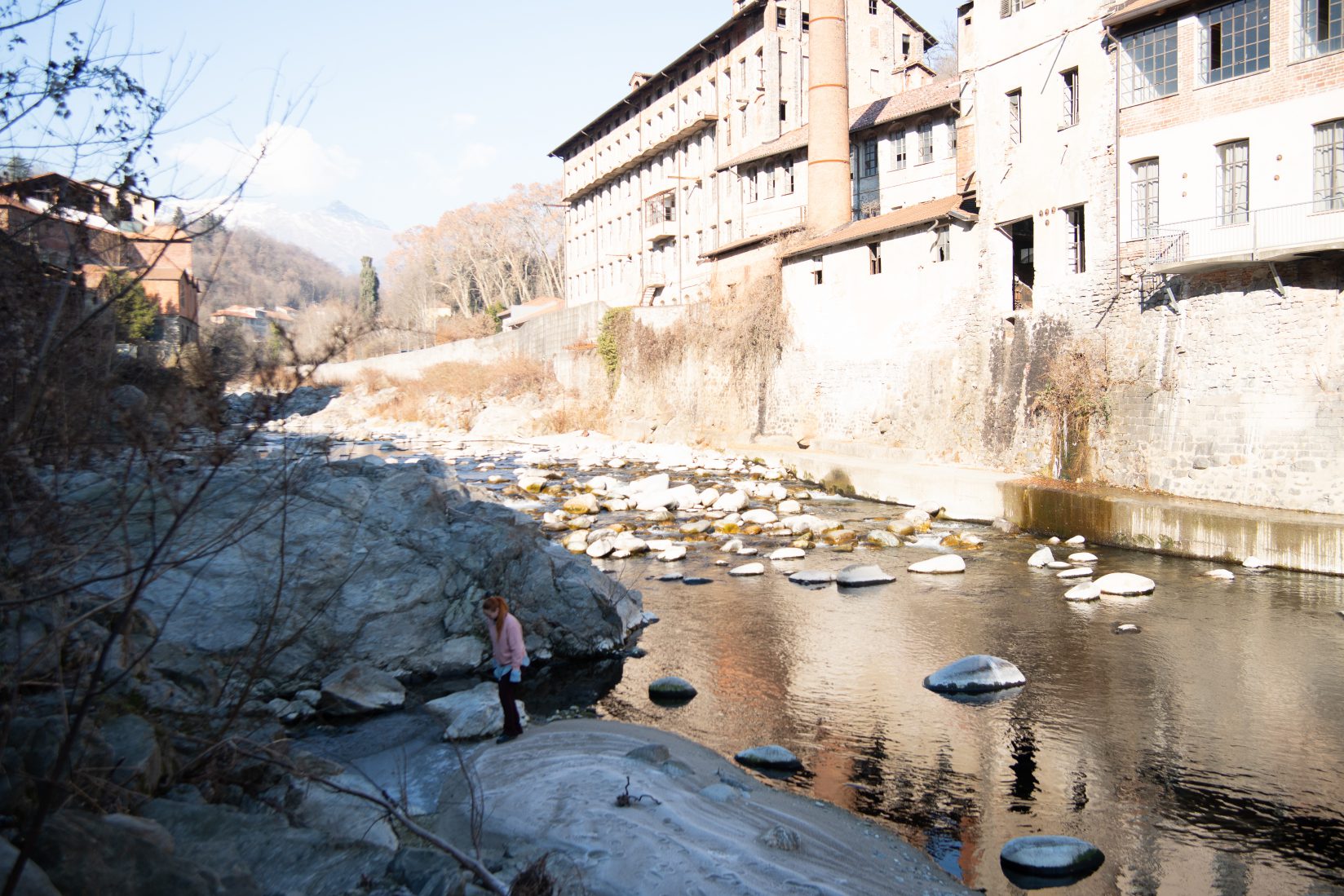 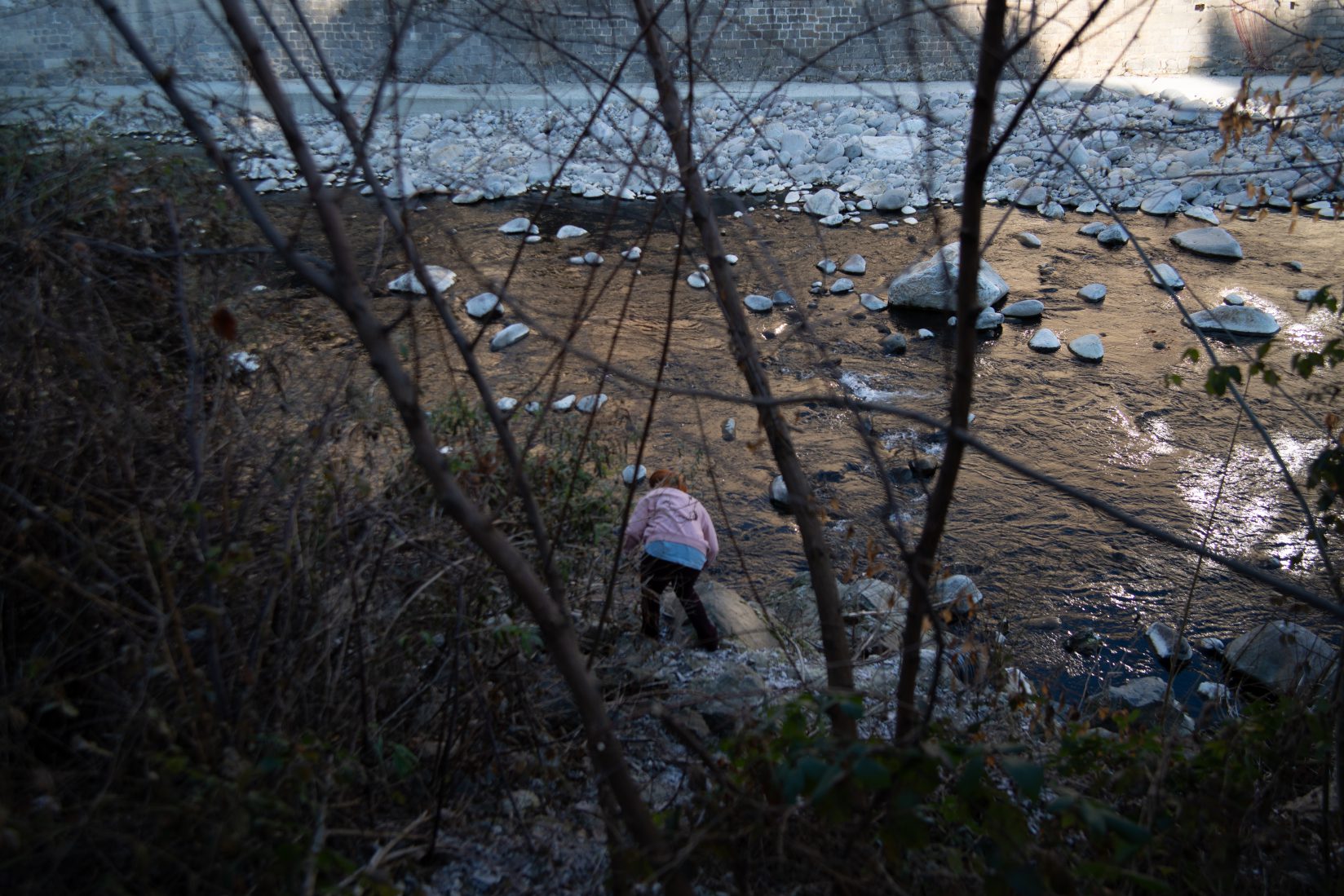 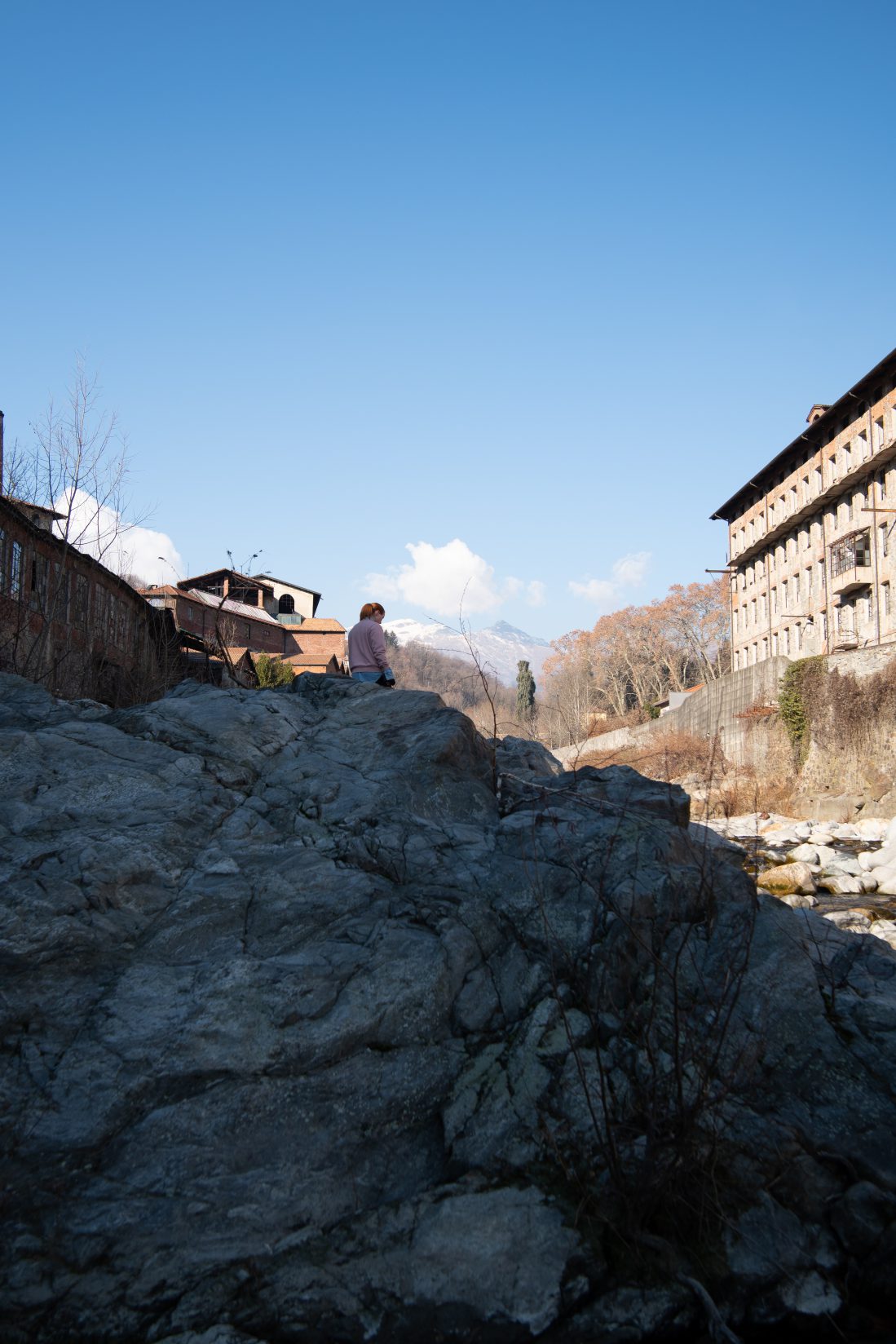 I can’t live without you.
I don’t know you.

Note: The performance was supposed to last 3 hours. After 1 hour, a bystander called the emergency number ‘118’. Due to earlier happenings at the Torrente Cervo (river), they were afraid that she was planning to commit suicide. In Biella the suicide attempts are high and the Torrente Cervo is known for these terrible happenings. There was no focus on beforehand of the performance due to this topic. This was the first time that an artwork of Melanie Maria caused such response and she decided to embrace the circumstances as part of the work.